As the title says, this post is just some random scans that aren't really enough to put into their own posts.  First up is... 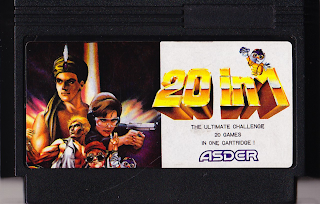 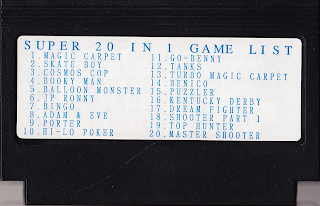 An Asder 20-in-1 multicart!  This one's official, and is basically a deluxe version of the Caltron 6-in-1; not only does it feature the Caltron multi's games, but other games released under Asder's various lables (Myraid, NTDEC, etc.)  The games themselves range from mediocre to kinda good, but it's still an interesting find.  If you wanna experience the game, you can find the dumped multi here. 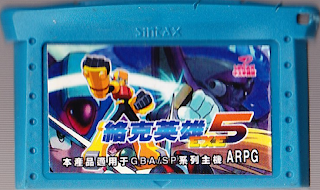 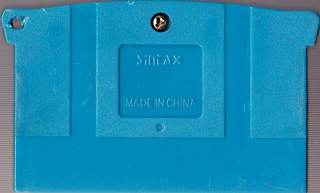 This one is just another one of several hacks of Sintax's Castlevania DX game.  The only difference here is that the graphics are themed after Megaman Zero's (though not directly ripped stuff.)  And it's a GBC board inside a GBA case, meaning that you can only play it on a GBA, SP, or GB Player system. 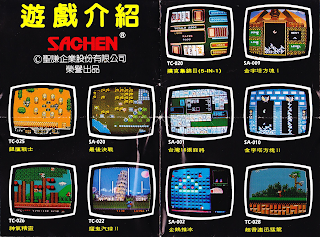 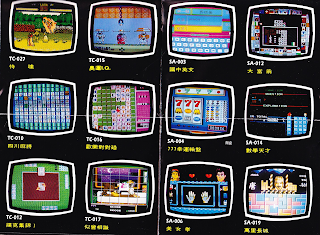 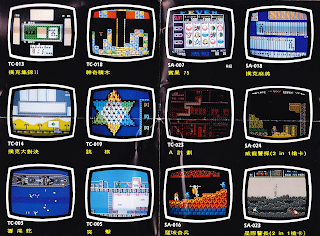 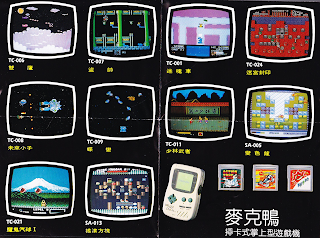 This is a Sachen flyer that came with my boxed copy of Incantation (Galactic Crusader.)  It just shows off some of the Sachen Famicom library and a tiny blurb of their Mega Duck/Cougar Boy games, which they were a major developer for.  It uses the company and games' Chinese names, though it's interesting how it uses a different name for Penguin & Seal (SA-002) than the original Famicom release did; the title listed here is "企鵝推冰" (Penguin Pushing Ice) while the cart itself (which I previously posted) is labeled "動動腦" (approximately Brainstorming.)  I think the Famicom version got different re-releases, but don't quote me on that. 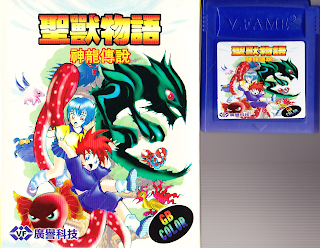 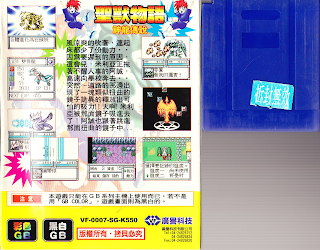 This one is a boxed original copy of Sheng Shou Wu Yu, a really fun SRPG made by Vast Fame.  I lucked out with this one, as I thought that it was loose when I ordered it.  Nothing different about it from the linked dump. 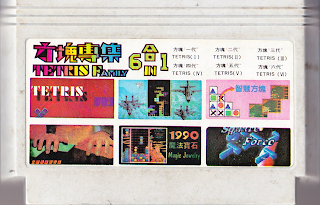 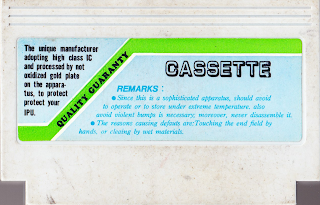 And last is a Tetris Family multicart, specifically the 6-in-1 version.  This has a similar but much more simplistic menu from the dumped 9-in-1 cart.  The games are it are the first six games listed in the 9-in-1's menu.  The biggest thing about this multi is the terrible engrish on the back of the cart (and also that this thing's a bugger to get started.  Takes me like 15 minutes to get this running every time.)  There's supposedly a 12-in-1 version as well; I'm keeping an eye out for that one.
Posted by Star-Spangled Shazam at 5:41 PM

Star-Spangled Shazam
Formerly known as "(Taoqi) Qiezei" and "NusuttoSan", I like unlicensed gaming stuff, and I'm probably the only person who likes Sachen games. I also take interest in obscure or strange games as well.